Tabasco, the “Garden of Eden in Mexico.” The tropical forests, abundant fruits and large rivers are impressive. While God’s creation is in constant growth and renewal, the crown of creation needs help.

Here are just a few of the stories about help that we have heard this month. These from Lilibeth R. who piloted the “Discipulado AMO” class at her church in Villahermosa, Tabasco.

~ Eleven-year-old Samuel fell from the second floor of a building, leaving him unconscious. His mother called on the church for prayer. God worked a miracle and the next evening he was awake and in recovery. For three weeks Samuel insisted that he would return in time for the closing celebration of “Pilgrim’s Progress.” The children prayed for him. A dinner theater was planned, and Samuel was to play the Evangelist. Out of the hospital and just a week before the play, his mother called to ask, again, for prayers for Samuel. He had now contracted Dengue! Surely his role would now go to the understudy – his little sister. To everyone’s disbelief Samuel recovered in time. Praise to God overflowed from his classmates and the church.

~ Ari’s (not the child’s real name) mother shared with his teacher how thankful she was to God for Ari’s improvement and eagerness to attend classes. It turns out that he had spent the past year with a psychiatrist and in these last months since attending AMO there has been no need to continue his consultations. Ari’s teacher then remembered that upon entering the program Ari had told her that he hated his father and wanted nothing to do with him. She spoke with him and prayed with him and taught him that he needed to forgive his father and pray for him because his father also needed to know God. The following week Ari said that he had forgiven his father and was now praying for him. He seemed relieved. His mother and all the teachers then prayed together and gave thanks to God for the healing work in Ari’s heart.

~ Leo would balk at attending any kind of classes. Now he awakes his parents early to avoid arriving late to his Discipulado AMO. “He is excited and happy to go” says his mother. “¡Ya el Leo berrinchudo no existe!” (Now the temper-tantrum-Leo no longer exists!”) she said with amazement.

Pray for the growing team of AMO Trainers here who are helping to make testimonies like these possible. Five more trainers have been certified in Tabasco since January: Lili, Socorro, Yesenia, Nora and Elizabeth. Please, pray for them as they now begin training more parents and teachers.

Finally, we join everyone in prayer regarding the Coronavirus. A wise doctor noted that the primary antiviral we should always have in place is good diet and exercise.

Thank you, for your prayers.

Blessings to each of you, 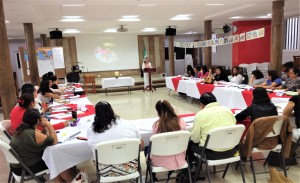 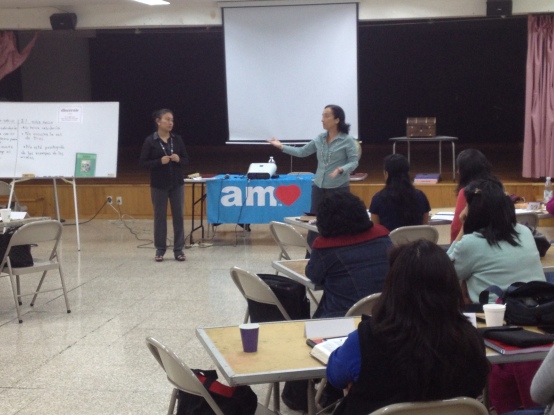